The Hon. Edward R. Jordan Lifetime Achievement Award was established in memory of Judge Edward Jordan for his strong commitment and contributions to the practice of family law in Illinois. This award is given annually to an Illinois attorney who, during his or her lifetime, has made creative and impactful contributions of outstanding significance to the practice of family law.

“Janet is a kindred spirit as another girl from the south side of Chicago,” said Judge Karen Bowes in her introduction. “Although she [now] lives in the northwest suburbs, Janet has kept her Southside qualities of moxie and value — which she seamlessly incorporates into her private and personal lives.”

Janet Boyle was admitted to the Bar in 1978 and has practiced family law for more than 35 years. She earned her J.D. degree from Chicago-Kent College of Law at the Illinois Institute of Technology and holds an L.L.M. in Tax Law from John Marshall Law School. She also has more than 40 hours of training in mediation as well as significant additional training in arbitration. Janet’s years of experience give her a thorough understanding of the financial implications of divorce and make her adept at sorting through complex financial matters that arise during the separation of assets. Her clients quickly learn they are not on this journey alone, but have a partner and advocate who is personally involved.

Janet serves in professional organizations including The American Academy of Matrimonial Lawyers, Illinois State Bar Association, Chicago Bar Association, American Bar Association, and Northwest Suburban Bar Association and is a guest speaker at bar associations, law schools, and continuing legal education programs. She also gives back to her community by serving on committees and boards of several organizations in the northwest suburbs, including four terms as the Chair of Northwest Community Healthcare Foundation Board in Arlington Heights, where she continues in a leadership role, Arlington Heights Chamber of Commerce, Civic Association Membership, Rotary 1 – Chicago and on the Board of WINGS Program Inc. (Women in Need Getting Stronger).

About the Edward Jordan Award

Judge Jordan served on the Cook County 12th Subcircuit in Illinois. In private practice he specialized in family law matters and was appointed to the bench by the Illinois Supreme Court in 1994 in the Domestic Relations Division of the Circuit Court of Cook County. After he passed away in June of 2012, a lifetime achievement award in his name was established to recognize Illinois attorneys who make significant contributions to the practice of family law. Previous honorees include Don Schiller (2016), Muller Davis (2017), Miles Beerman (2018), Errol Zavett (2019) and Mary Clark (2020).

Find out where you stand. Get a free, personalized welcome pack in minutes.

“Janet was a source of stability during a time of ultimate turbulence. Beyond the guidance and legal direction, the whole office was friendly, supportive and helped me maintain my sanity when during crazy times."

“Family Law Solutions helped me through the most difficult time of my life. Being married for 44 years and 67 years old, I had no idea how to proceed with the dissolution of my marriage. Everyone I dealt with showed compassion, empathy, and professionalism. They make their clients a priority. Their fee structure is fair, reasonable, and transparent. Through their invoicing process, I always knew what my status was and how I was billed. Janet Boyle has created an exceptional team with her philosophy and her commitment to her clients."

“Experienced, knowledgeable, caring and willing to fight for what is right. A premier law firm in the city of Chicago that will protect and defend your rights under the law and in the courts. Their services are second to none. I highly recommend Janet Boyle in particular!"

“I came to Janet to help me through a very complex divorce about a year ago and a friend of mine told me about this site. I wanted to express my gratitude for Janet's expertise in helping me through a very trying time in my life. The words "honey badger" comes to mind when I think of Janet's demeanor in the courtroom and in negotiations with my husband's attorney. Janet and her team represented me from the beginning to the end exactly the way one could only hope for."

“Janet listened carefully to me and addressed every concern and perceived problem that I thought I would encounter during the process...In conjunction with Arin in her office each time the process would get heated and emotional both Janet and Arin we able to calm the situation down with care and concern for me and ultimately we were able to settle the divorce to my complete satisfaction."

“Janet Boyle did a wonderful job assessing my situation and determining the best approach to reach a settlement with my ex-husband. I appreciated her willingness to honor my request to be respectful toward my ex-husband. She accomplished that while standing firm on some very important issues."

“Arin Fife and Janet Boyle are wonderful. Arin worked so hard. She was empathetic, kind, patient and the voice of reason. I grew to trust them implicitly. I would highly recommend this firm to anyone!"

“During the most difficult time I've ever had in my life, Janet helped and guided me with skill and compassion. I couldn't be more happy with the job she did representing me. My case, I believe, was considerably more difficult than most cases and Janet was strong and dedicated from beginning to end. She does not bend to opposing counsel trying to take advantage or get an upper hand. Her staff is fantastic as well! My life has become much more peaceful with Janet's help. I would not hesitate to recommend Janet to anyone going down the tough road of divorce. Thank you Janet!"

“Janet was a source of stability during a time of ultimate turbulence. Beyond the guidance and legal direction, the whole office was friendly, supportive and helped me maintain my sanity when during crazy times." 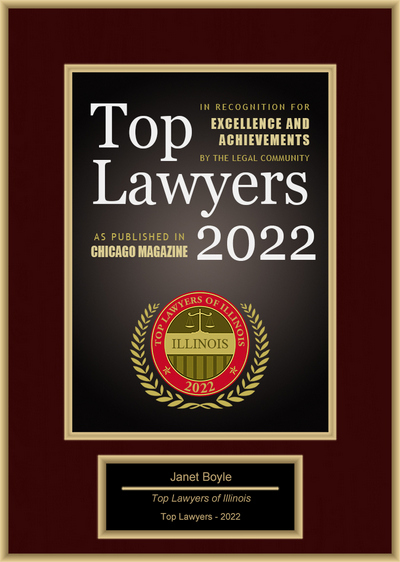 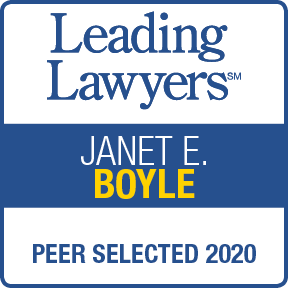 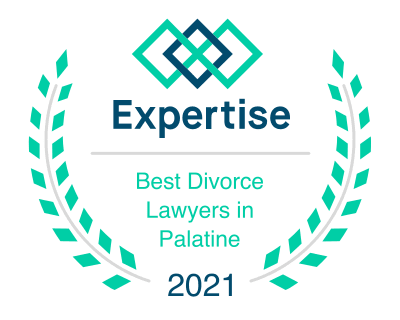